Posted on October 31, 2007 by Davidwhitewolf

I guess this story…

…ain’t about Bill after all. 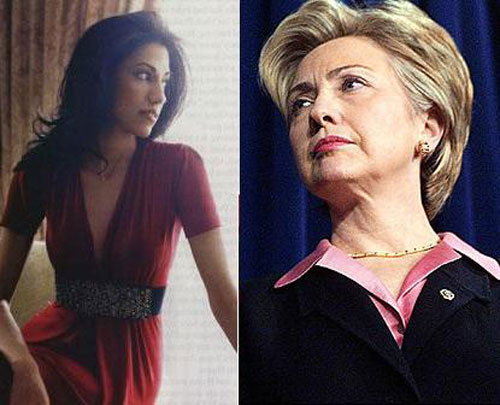 More here. Now, remember, this is just rumors so far.

Really, I don’t think being outed would hurt Hillary all that much in the primaries. I mean, come on — this chick’s hot! Whoops, I forgot that Dem voters don’t objectify women that way. Sorry.

Seriously — it could help her — it answers the “how the hell can she tolerate Bill’s philandering” question. There’d probably even be a sympathy vote — “Bill drove her to women!” And I wouldn’t mind if we had our first gay or bi Presidential nominee in this election cycle or the next — just so we, collectively, can get over it.

IMO, the only substantive reason to worry about a President’s sexual proclivities is, really, because of the threat of blackmailers affecting US policy. If Americans don’t care who our President’s doing, that threat goes away.
Still, there are plenty of non-substantive reasons to spread rumors like this. A scandal’s a scandal, after all. Let the circus begin!

UPDATE: Damn, Ace is still skeptical. And he has a lot more here.