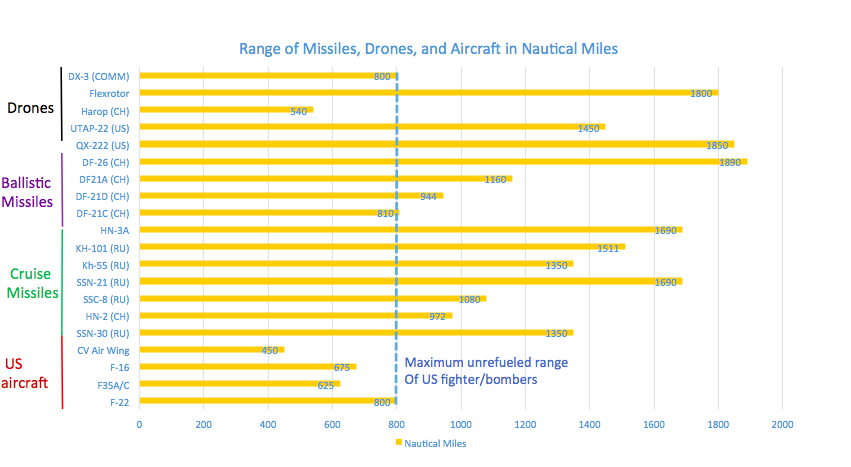 This brings us to another area where U.S. systems are outranged: ground vehicles. Researchers at the University of Virginia successfully 3D printed a drone body in one day. By snapping in place an electric motor, two batteries, and an Android cell phone, they made a fully autonomous drone that could carry 1.5 pounds approximately 50 kilometers â€” six times the range of the U.S. Hellfire missile. In 2014, it took about 31 hours to print and assemble the drone at a total cost of about $800. Since then printers have become over 100 times faster and will get faster still. UPS currently plans a 1,000 printer plant, which at todayâ€™s printing speeds could potentially print 100,000 drones a day. The limitation is no longer the printing but the assembly and shipment of the finished products. Both processes can be automated with robots. In the near future, drones could be produced at a rate exceeding many types of ammunition â€” and often for less per round. A swarm of tens of thousands of autonomous but non-coordinating drones is clearly possible. Armed with small explosive loads, these drones could score mobility kills on all non-armored vehicles and even damage thin-skinned armor. Such an attack will bring an armored brigade to a rapid halt due to lack of fuel.

This entry was posted in Armageddon, Life in the Atomic Age, The Government is Not Your Friend. Bookmark the permalink.