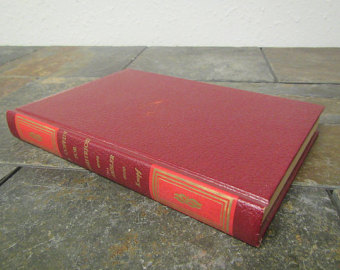 Eric Ambler’s A COFFIN FOR DIMITRIOS (1939) is one of my favorite novels, for the noir atmospherics alone.

(That I number more than one fellow as casually amoral and exotic as Dmitrios Makropoulos among my professional colleagues just adds relish to each rereading.)

Hitchcock’s writer Robert Arthur anthologized the ninth chapter “Belgrade, 1926” as a stand-alone short story, and it remains as near-perfect a piece of short suspense fiction as I could want. Seek it out.

I don’t know much about these things, but apparently one does not have to lay a couple of hundred miles’ worth of mines to make a two-hundred-mile wide corridor of sea impassible. One just lays one or two small fields without letting one’s enemy know just where. It is necessary, then, for them to find out the positions of those minefields.

That, then, was G.’s job in Belgrade. Italian agents found out about the minefields. G., the expert spy, was commissioned to do the real work of discovering where they were to be laid, without — a most important point this — without letting the Yugoslavs find out that he had done so. If they did find out, of course, they would promptly change the positions.

In that last part of his task G. failed. The reason for his failure was Dimitrios.

It has always seemed to me that a spy’s job must be an extraordinarily difficult one. What I mean is this. If I were sent to Belgrade by the British Government with orders to get hold of the details of a secret mine-laying project for the Straits of Otranto, I should not even know where to start. Supposing I knew, as G. knew, that the details were recorded by means of markings on a navigational chart of the Straits. Very well. How many copies of the chart are kept? I would not know. Where are they kept? I would not know. I might reasonably suppose that at least one copy would be kept somewhere in the Ministry of Marine, but the Ministry of Marine is a large place. Moreover, the chart will almost certainly be under lock and key. And even if, as seems unlikely, I were able to find in which room it is kept and how to get to it, how should I set about obtaining a copy of it without letting the Yugoslavs know that I had done so?

When I tell you that within a month of his arrival in Belgrade, G. had not only found out where a copy of the chart was kept, but had also made up his mind how he was going to copy that copy without the Yugoslavs knowing, you will see that he is entitled to describe himself as competent.

How did he do it? What ingenious manoevre, what subtle trick made it possible? I shall try to break the news gently.

Posing as a German, the representative of an optical instrument-maker in Dresden, he struck up an acquaintance with a clerk in the Submarine Defence Department (which dealt with submarine nets, booms, mine-laying and mine-sweeping) of the Ministry of Marine!

Pitiful, wasn’t it! The amazing thing is that he himself regards it as a very astute move. His sense of humour is quite paralyzed.

This entry was posted in Evil walks the earth, Kewel!, Useful Idiots. Bookmark the permalink.