My Specialty Pistols mentor, Ernie Bishop, once again participated in the International Tactical Rifle Championship — with his single-shot specialty pistol. That’s a handicap, yet out of 28 or so teams, he and his partner came in 12th. Click to embiggen: 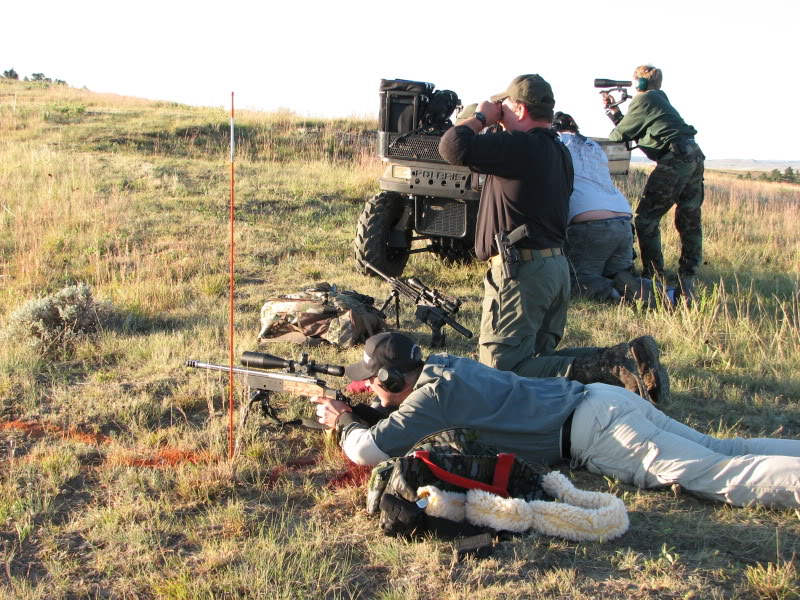 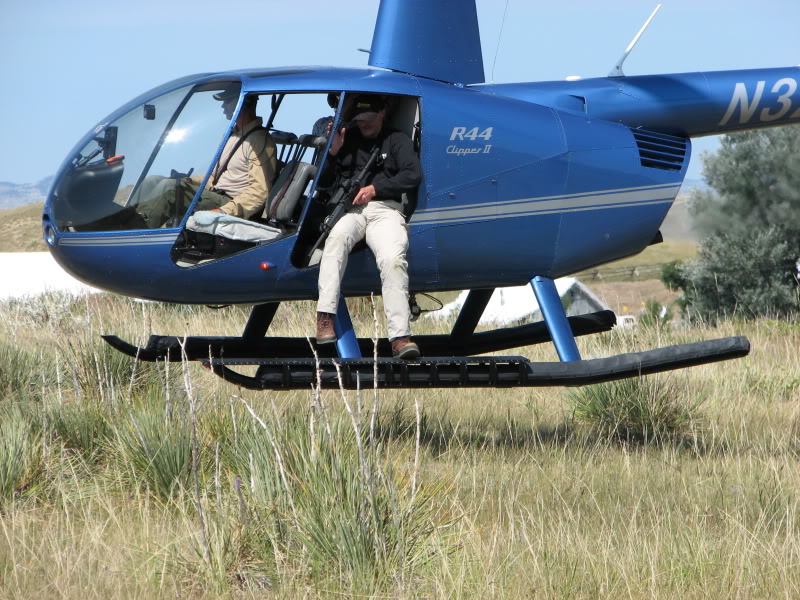 Well, the International Tactical Riflemanâ€™s Championship has come to an end. This is the second time I have competed in this 3-day, two-man team event. Steve and I did it in 2004, and neither of us had done anything like it before. There is also a stage where you shoot out of a helicopter (One that is really flying). This is a field or tactical match so, no benches are used, and there is no distances given on the targets. Sometimes targets seem all but impossible to find and at times they are partially concealed. Some targets could not even be engaged from the prone position, even on the two field courses. Add to that shooting in intense glare at times, heat, wind, hilly terrain, combined with the fact that you are under a time frame to finish the course. If the team behind you catches you or you run out of time, you are disqualified for that day and your score ends there. On two of the three courses it was required to trot some between stages to finish it in time. On the two field courses, the distances the carbine shooter is responsible for is out to 500 yards while the precision shooter is responsible for shots out to 1,000 yards. Misses count against you, and if you do not engage them at all it takes away even more points. Some teams literally had negative scores. At times the terrain was such that it was impossible to see impacts if you miss and at times the laser rangefinders did not work. If your gun, your equipment or you break-down, you do not get a re-shoot. You can use your partners gun (which may not be equipped for the tasks at hand) to finish the course, if he brought enough ammo for two shooters. Just imagine carrying 500 rounds of 45 ACP, plus your gear on mountain type terrain, while shooting a 45 ACP off-hand at distances out to 50 yards at times(most of the time it was shorter than that thoughâ€¦Yep, that was half of our third day. The other part was a lot of carbine shooting out to 200 yards for the carbine shooter and a shoot house for the pistol shooter. They allowed a ammo drop for the second part of this course, and we each had 500 rounds for each part, so in total, 1,000 rounds a piece for this course. Time allowed for each part of the course-45 minutes. My partner, Wayne (TACMAN) carried the same amount of rounds for a Rock River Pistol, chambered in 5.56, and did most of the shooting off-hand in the stage, called the gully course. It had a hill that is affectionately called â€œPuke Hill,â€ that lives up to its name from time to time. Here is the link http://www.dlsports.com/npage7a.html we shot from the prone position on the two field courses. I used my rear grip XP in 6.5-284, McGowen barrel, Holland Radial brake, Barrel Attitudes barrel modification, McRee stock.
If you want to be challenged in every sense of the word in terms of shooting, I would encourage you to do this competition.
It is the most unique by far, and it is changed up every year. This year we even were being pulled in a trailer and engaged targets with the pistol and the AR at the same time while moving. Leigh Merriman was one of the Range Officers, and was actually our RO for course three. We also have a new SP convert thanks to the match. Another one of the ROâ€™s who lives in Gillette was our RO, and used my XP for the 500 yard egg shoot (one shot only-No sighters). Leigh used my XP as well for the egg-shoot. The ROâ€™s were allowed to compete in the egg-shoot. Adam was only an inch or 1.5â€ from the egg. In fact, it was the second closest shot of all. There is also team shoot-offs, which is a team on team single elimination, with shots from 100 to just over 500 yards. We had a great time even though we were tired and sore. We were very pleased to come in 12th place in the match. There were a few naysayers, who had been claiming that those handguns could not shoot those distances-well thankfully they were proved wrong.

This entry was posted in Have Gun, Will Travel, Heroes, Comrades and Brothers. Bookmark the permalink.