Take your booger hook off of the bang switch 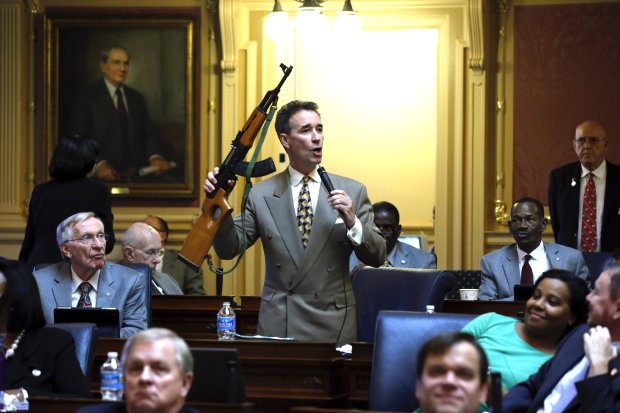 Del. Joe Morrissey, D-Henrico, holds up an AK47-style rifle as he speaks for more control on such weapons during a floor speech to the Virginia House of Delegates at the State Capitol in Richmond, Va. Thursday, Jan. 17, 2013. (AP Photo/Richmond Times-Dispatch, Bob Brown)

Del. Todd Gilbert, R-Woodstock, interrupted Morrissey’s speech to ask him to take his finger off the trigger lock…

I am not sure what a trigger lock is, but I am glad that someone in the Assembly noticed his poor handling of a supposed “unloaded” mass baby killer. I doubt that Delegate Morrissey would have a clue how to check if the AK was loaded.

I am surprised that this (unloaded) weapon didn’t just go off and kill everyone in the room, since it is so dangerous and it’s only purpose is to kill people.

This entry was posted in Dare To Be Stupid, Gratuitous Gun Pics, The Government is Not Your Friend, The Left is Never Right, Useful Idiots. Bookmark the permalink.